According to the true story of one of the most famous crimes in FBI history, this horrible crime thriller Emilia Clarke (“Game of Thrones”) plays Susan Smith, a girl who desperately wants to escape a life of crime and drugs. Kentucky is a coal mining town. When a recently published FBI agent named Mark Putnam (Jack Huston, Fargo) nominates Susan as a high-profile case informant, he thinks his misfortune could change. But the deeper the relationship between Susan and Putnam, the greater the risk that both parties will face the consequences.

The story that led to the first conviction for the murder of an FBI agent.
Director:
Author Phillip Noyce:
Chris Gerolmo (script), Joe Sharkey (based on the book) star:
Emilia Clarke, Jack Huston, Sophie Lowe | An exciting true story about a newly married poster boy who was given the town of Appalachian Mountain in Kentucky. There he became involved in a difficult relationship with a poor local woman who grew up about his star. He saw the way to escape; instead, it was a tragedy ticket for both. The scandal shook the foundations of the country’s highest law enforcement agency and ended with his first conviction as a murder agent. 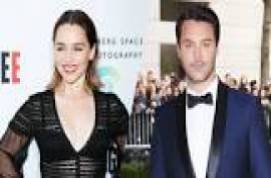