Movie name: Shang-Chi and the legend of the ten rings (2021)

A film based on Shang-Chi began to develop in 2001, but the work only started in December 2018 when Callaham was hired. Cretton joined in March 2019 and the project was quickly tracked down as Marvel’s first feature film with an Asian. The title and lead role of the film was announced in July, revealing the connection to the film to Mandarin (Leung) and his Ten Rings organization, which previously appeared in the MCU 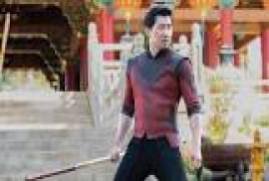