Based on a true story during the Cold War, Firebird is a passionate love story set against the backdrop of a Soviet air force base under communist rule in the late 1970s. Sergey (Tom Prior), a young soldier who is passionate and dreams of becoming an actor in Moscow, counts the days until his military service ends. His life turns upside down when he closes his eyes on Roman (Oleg Zagorodnii), a sexy and puzzle-ridden fighter pilot who was recently assigned to his base. Driven by their irrefutable appeal, Sergey and Roman traverse the uncertain boundary between love and friendship at a time when uniformed Soviet men caught up in sexual intercourse face the heaviest punishment. As their friendship grew in love, men risked their freedom and lives to be together before the Soviet regime saw everything. Christopher Racster, co -producer 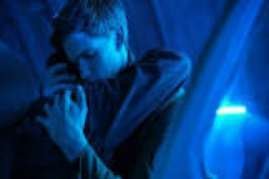